CIOL DipTrans Exam 2021 and Beyond 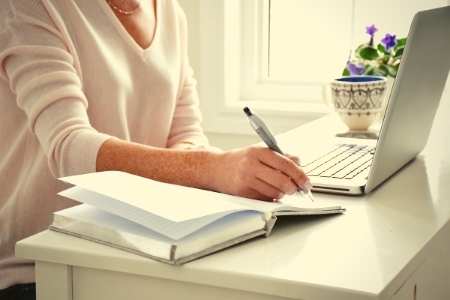 Passing the CIOL DipTrans exam leads to a post-graduate diploma in translation awarded by the Chartered Institute of Linguists (CIOL). It’s considered the gold standard professional translation qualification and, since 2021, it has undergone several changes. This article provides a summary for translators interested in sitting the CIOL DipTrans exam.

The Translator’s Studio has been offering a DipTrans preparatory course led by Gwenydd Jones since 2014. We specialise in Spanish-to-English translation. That specialisation, combined with Gwen’s expertise (she holds an MA in translation studies, an MA in legal translation and the DipTrans), make us a popular training choice among professional and new translators alike. While not all translators who train with us plan to sit the DipTrans, it’s a goal for a fair proportion of them. That’s why we follow the exam so closely, to make sure we stay abreast of changes to enable us to offer the best possible training.

– You can sit the exam online on your own computer (you don’t have to go to a centre anymore).

– Candidates have three years to pass all three papers (it used to be five).

– You can sit the CIOL DipTrans exam in July 2021 (it’s only taken place in January up to now).

– The exam is being spread over two days.

Are the changes permanent?

The three-year limit is a permanent change. Regarding the others, we don’t have confirmation from the CIOL but, in our view, actions speak louder than words.

Regarding the remote DipTrans exam platform, the institute has clearly invested a lot in setting it up. What’s more, there’s no obvious reason why it wouldn’t carry on offering it. If reports from our candidates are anything to go by, it’s much easier and cheaper than having to go to a centre. It also makes the exam much more inclusive because translators can now sit it anywhere in the world. This is great news for the American Spanish-to-English translators that train with The Translator’s Studio as the exam is now much more accessible to you.

As for the second exam date in July, we speculate that they will continue with it as long as there’s enough demand. This year, that exam is only running for the most popular DipTrans exam combinations, which include Spanish to English. As with the remote platform, it’s difficult to see justification for stopping it if it encourages more people to sit the exam. Time will tell.

The change to two days has been announced for the July 2021 and January 2022 CIOL DipTrans exam. At both sessions, papers 1 and 2 are on one day and paper 3 is on another day, for all language combinations. This is another welcome change as it’ll give candidates more time to rest between papers to ensure optimal performance.

Get the headlines on changes in the CIOL #DipTrans Exam from 2021 onwards. There are a few changes that may surprise you. Click To Tweet

Beyond the headline changes, the CIOL has updated its candidate guidance documents and marking guidelines. You can find all that information on the CIOL website. There is also a new re-mark and appeals procedure.

In recent months, we’ve encountered some conflicting information online on various non-specialist websites regarding the CIOL DipTrans exam. Some of this information is downright incorrect, for instance, claims that the DipTrans exam is a course. The DipTrans is an examination and not a course. This confusion is perhaps down to translators taking DipTrans preparatory courses like ours before they sit the exam. Regardless of where the translator trains and the centre they use, the CIOL DipTrans exam is always run by the CIOL, and the certificate is awarded by the CIOL.

We do our best to keep the information we provide updated and plan to put out a post in the autumn to try to help people better understand the exam. However, the best thing to do if you want information about the CIOL DipTrans exam is to contact the Chartered Institute of Linguists directly.

As a final piece of news, if you were at your five-year limit in January 2021, you can still do a final re-sit in July 2021. Two of our candidates have confirmed this. So, last-chance saloon has kept its doors open for you a little longer. Take advantage of it!

The Translator’s Studio has built a reputation for itself in excellence in Spanish-to-English translator training. We specialise in the DipTrans exam and offer resitter packs for translators with one or two papers outstanding. Alternatively, if you’re interested in sitting the DipTrans, you might like to try our free level test. 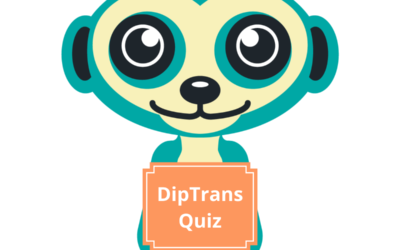 Quiz: how much do you know about the CIOL DipTrans exam?

Interested in becoming a qualified translator? You’ve probably heard of the CIOL DipTrans exam. But how much do you know about it? Test yourself with our DipTrans quiz!

Your essential guide to the DipTrans exam, the diploma in translation offered by the Chartered Institute of Linguists. Updated for 2022. 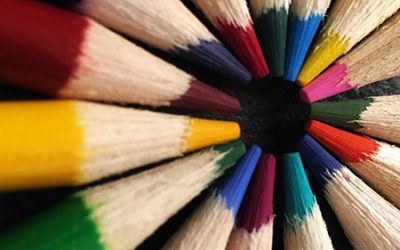 What Transcreation Is and Why It’s No Gimmick

Why can’t people agree on what transcreation is? Is it just a gimmick to sell marketing translation? Where does transcreation diverge from bilingual copywriting? Find the answers and more in this article.